You are here: Home1 / Discover Astex2 / Our History

Astex Pharmaceuticals, Inc. was formed through the merger of Astex Therapeutics Limited (UK) and SuperGen, Inc. (US) in 2011.  The company was subsequently acquired by Otsuka in October 2013.

A snapshot of our corporate history: 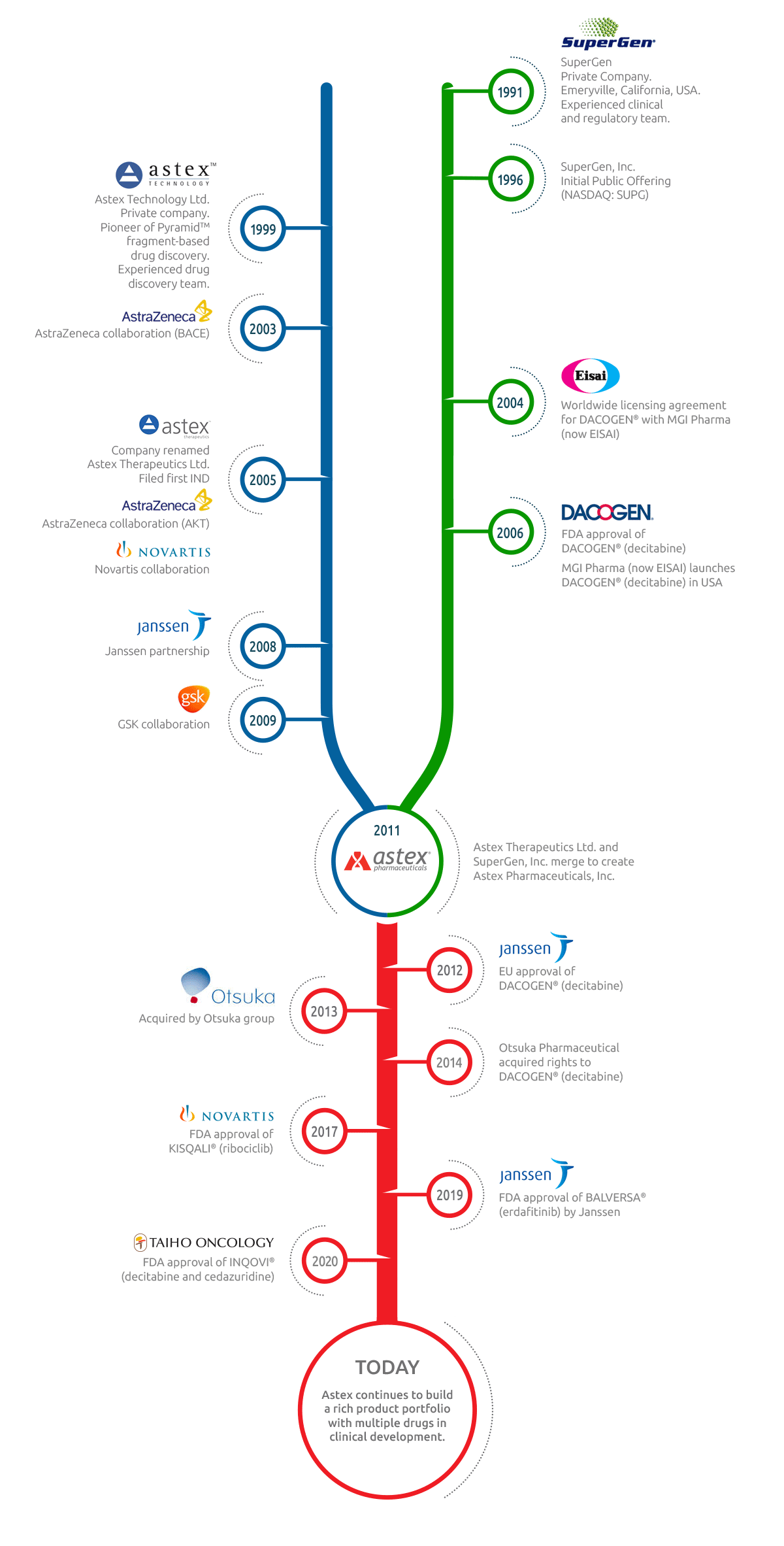 Astex Technology Limited was formed in 1999 in Cambridge, UK, and was a pioneer in the development of fragment-based drug discovery technology.  Astex was backed by leading venture capital firms, and established multiple partnerships with major pharmaceutical companies including AstraZeneca, Novartis, Janssen and GSK to use the company’s drug discovery platform, PyramidTM, to identify novel small molecule drugs addressing key disease targets.

SuperGen, Inc. was formed in 1991 in Emeryville, California, and was the developer of Dacogen® (decitabine) for injection, now sold by Otsuka Pharmaceutical in the USA, and by Janssen in over 40 countries outside of N. America and Japan.